The Grade 2s have been studying Global Communities during their Social Studies blocks. Using globes and a variety of maps, they have been identifying continents, significant bodies of water, the equator, poles, and hemispheres. Throughout their unit, students have also been identifying cardinal directions (N, S, E, W), and using these directions throughout the mapping and locating processes. They have enjoyed describing various communities around the world by referencing their major physical features (mountains, lakes, rivers), wildlife (native animals), and some aspects of their culture (food, clothing, recreation, art).

In looking for more authentic ways to apply all of this newly acquired knowledge, Mme Cross and Mme Madeley teamed up to create the ultimate Blue-Bot experience! Why not send Blue-Bot around the world? 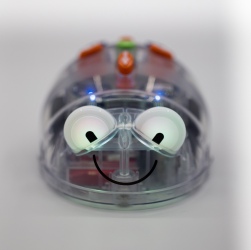 Blue-Bot is a colourful, easy-to-operate robot that introduces students to sequencing, directionality, counting, estimation, problem-solving and entry-level coding. Using the command keys, students can send Blue-Bot forward and back, left and right. In the case of mapping, it’s a great way for students to apply not only their understanding of cardinal directions, but also their ability to recognize the elements contained within their current Social Studies unit: continents, bodies of water, equator, etc.

Students arrived in the library and were met with six large maps… Upon further observation, they were quick to note that each one was slightly different than the other. They spoke of world maps, maps of Canada, maps that identified smaller islands, etc. They also noticed challenge cards, compass roses and Blue-Bots! 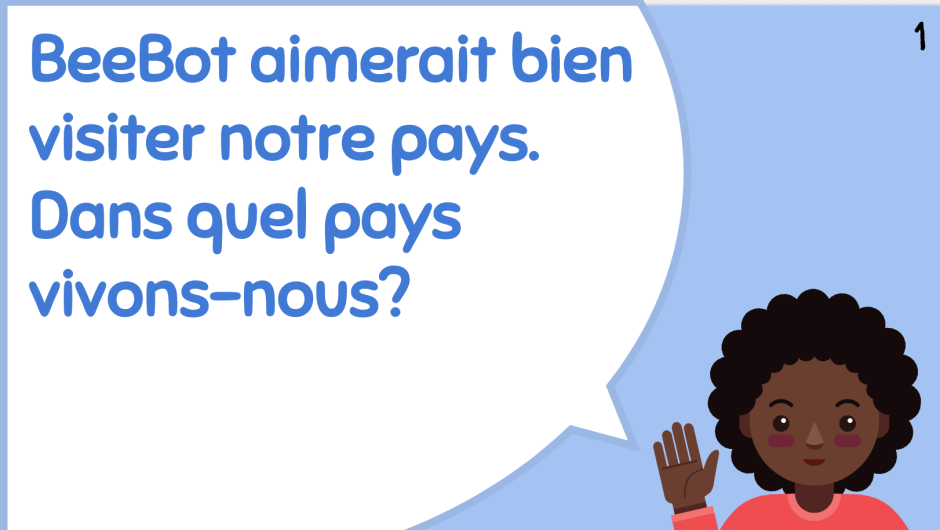 Mme Madeley explained that working in small groups, students were responsible for taking Blue-Bot around the world. They would need to work as a team to read and respond to the various challenges. Each challenge would reveal a new location. Not only were students responsible for naming the location, but also directing Blue-Bot using the compass rose and cardinal directions: North 2 units, West 4 units. 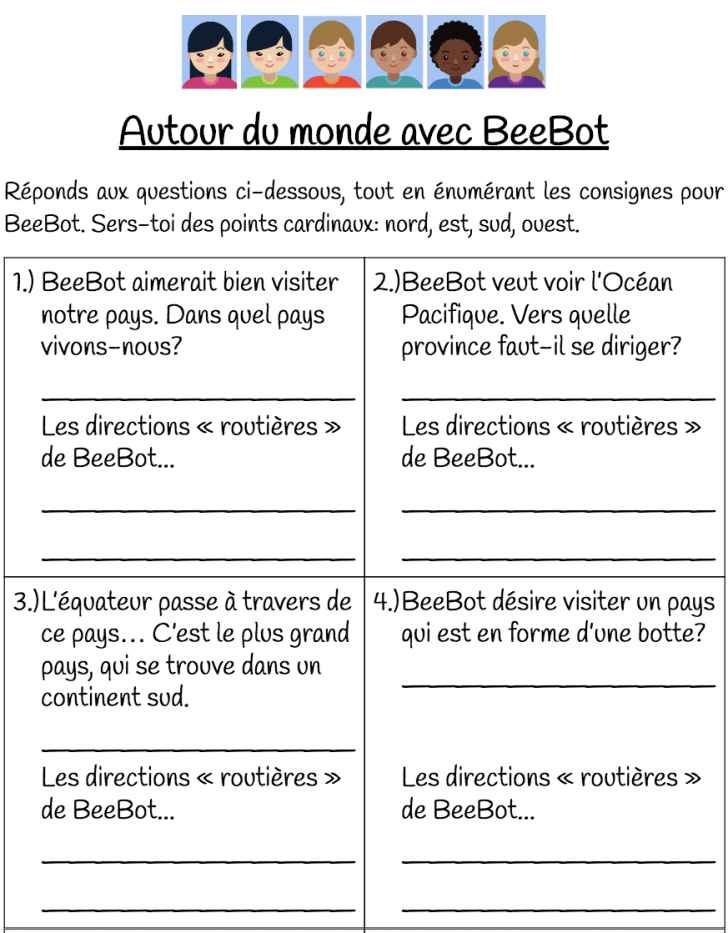 Initially, this proved quite a bit more challenging than expected. Students were quick to make note of the location; however, directing Blue-Bot was not always as simple. The “up” arrow was consistently referred to as “North”, despite the fact that they saw that Blue-Bot was heading either East or West… Upon further discussion within their group, facilitated by either Mme Cross or Mme Madeley, students began to realize that the compass rose and cardinal directions never changed. The direction of the Blue-Bot changed, and they needed to refer to the compass rose and not the “up”, “down”, “left”, “right” buttons… One student proudly proclaimed that “up” in fact only meant “forward”, and that “forward” direction had to be based on one of the cardinal directions. 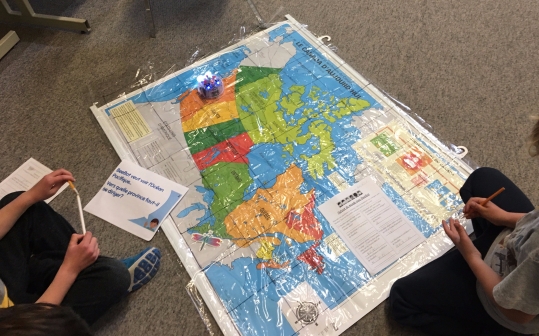 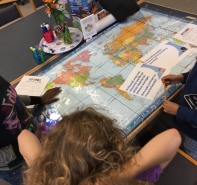 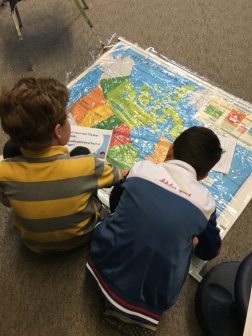 The groups were beyond tickled to work their way through the challenges, and further consolidate their basic coding skills. They are looking forward to returning in the near future to complete the activity. Several other Grade 2 classes may be joining their expeditions, too!