The Grade 6s continued their circuit training this past week; however, this time, the expectations were even greater! To further strengthen their understanding of how electrical systems work, they were challenged to build a self-driving electric car as well as an AM and/or FM radio transmitter.

Working in small groups, the students needed to review and carefully follow a series of diagrams, designed to walk them through the construction process. In many cases, the misinterpretation of one element lead to an incomplete circuit. As a result, students needed to troubleshoot and persevere in order to complete the circuit, and build their car/radio. 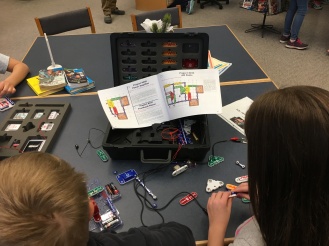 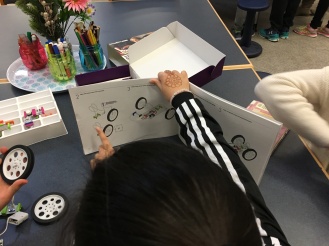 Success was easily detected as not only were there squeals of excitement, but groups of dancing students, rocking to the tunes that were being pumped out of a Snap Circuit radio! 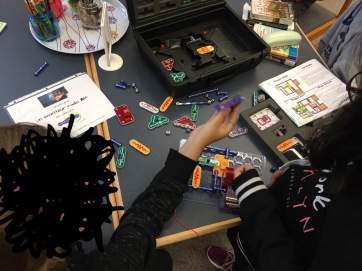 As their self-driving electric cars rolled across the tables, and tunes continued to fill the Learning Commons, it was clear to many that they had once again, transformed electrical energy into other forms of energy, all to perform a specific function. Some were curious as to how representative of real electric cars and radios the task was… How many will want to check under the hood of a Tesla? Or may be intrigued enough to take apart a radio? This is what learning is about!