Mme Crouchman’s students have been reading numerous Indigenous Legends as part of their Language Arts and Social Studies programs. They have been exploring narrative structures, analyzing character, setting and plot.

Mme Madeley provided some newly acquired texts for this activity, and upon further discussion, shared exciting ways to connect their narrative analysis with computer programming. Ozobots would be used. These easy-to-control robots are coded by simply drawing lines and colour segments. 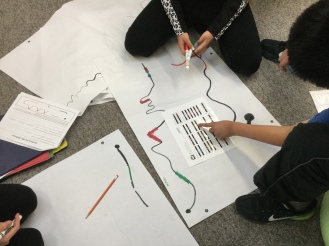 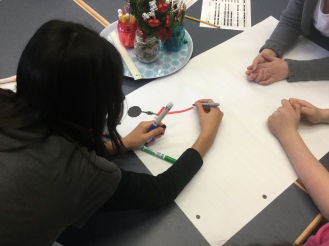 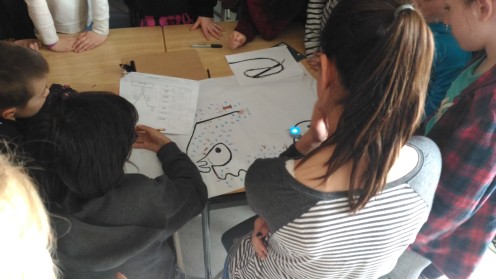 Using Ozobots, students would summarize their legend. They would select the main character and focus on their point of view, as the Ozobot would become that character. Students would “act out” the narrative structure of their chosen legend by programming their Ozobot to complete the journey, completing tasks and behaving as their selected character.

In class, students worked in small groups. Each group was assigned a unique Indigenous legend. They read through their legend and completed a narrative structure template which included details regarding its opening, setting, characters, problem/conflict, solution/conclusion.

Once complete, they came to the library where Mme Madeley presented their coding task. Students were asked to think about the story of The Three Little Pigs… The story is best told through which characters “eyes”? This character would be represented by the Ozobot. Students were quick to choose the wolf… From there, they were asked to consider his behaviours, feelings and how these might be portrayed by the Ozobot. 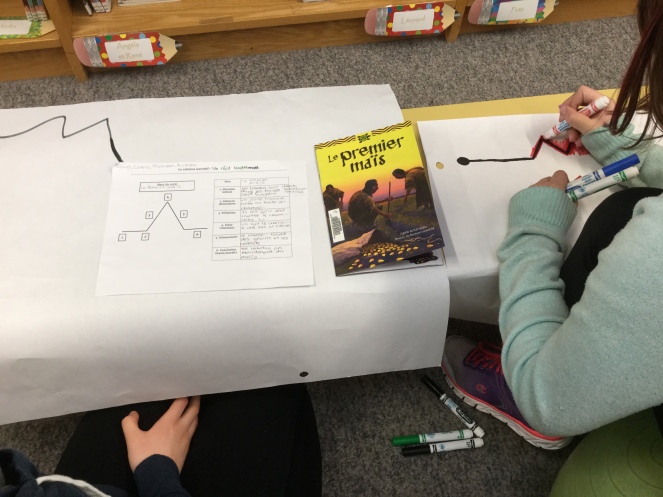 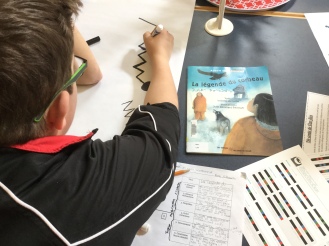 Since the Ozobot reacts to lines and colours, much of the discussion focused on drawing out the three distinct houses and changing colours dependent on the wolf’s feelings throughout the ordeal: red representing anger, green representing speed, etc.  However, to further complicate the task, Mme Madeley introduced colour sequencing. Students were asked to consider the parts where the wolf huffs and puffs and attempts to blow each house down… looking at the variety of colour code combinations, which might best capture each moment? It was suggested that the “tornado” command be applied: red, green, red, green. From there, the story started to take shape, and students were eager to tackle their own legends.

In order to help with the task, each group of students was provided with a planning document. Students were asked to select which character would be represented by the Ozobot. Thereafter they were to consider how the character felt and how they behaved throughout the legend… and how might the Ozobot act/react accordingly. They were encouraged to incorporate turns, colour changes, speed, and other elements. As a final step, each group would need to recreate the setting and route, drawing it on a piece of chart paper. Some groups decided to customize their Ozobots, adding costumes to better reflect their characters. 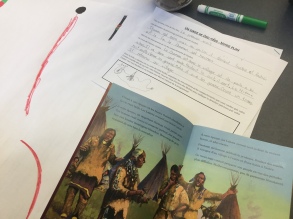 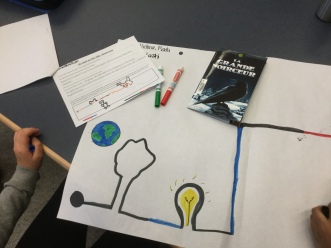 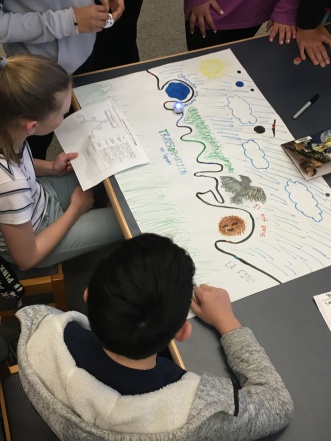 Needless to say, this was a challenging yet very engaging task. Higher order thinking skills and collaboration prevailed, Students are eager to take on their next coding adventure!