Over the past several weeks, Mazo de la Roche Public School has had the tremendous pleasure of participating in the Ontario Arts Council’s Indigenous Artists in Schools Program.

Supported by the incomparable Donald Chrétien, Mme Hay’s Grade 7/8 students have been learning about his indigenous Ojibwe heritage through an incredible woodland-style acrylic on canvas art project. 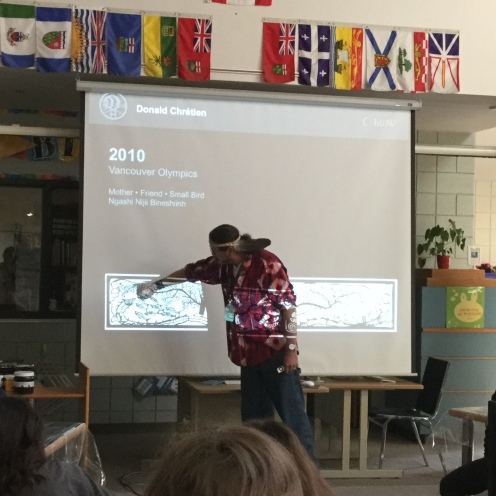 It has been a powerful experience for so many reasons… through the study indigenous legends and their significant spirit animals, students have embarked not only on an artistic discovery, but on a personal discovery, too. They have gained an appreciation for the arts, Canada’s heritage and history, and an increased understanding of their own uniqueness. Oral history and traditional indigenous music played pivotal roles throughout this process. 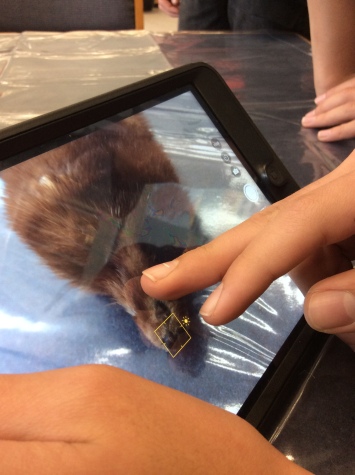 Each student has been working on their own “doodem” – the Anishinaabe word for clan or totem. Students were asked to select a spirit animal based on their spiritual traits. Initially, they were asked to shortlist three, and reflect on the choice which suited them the best. 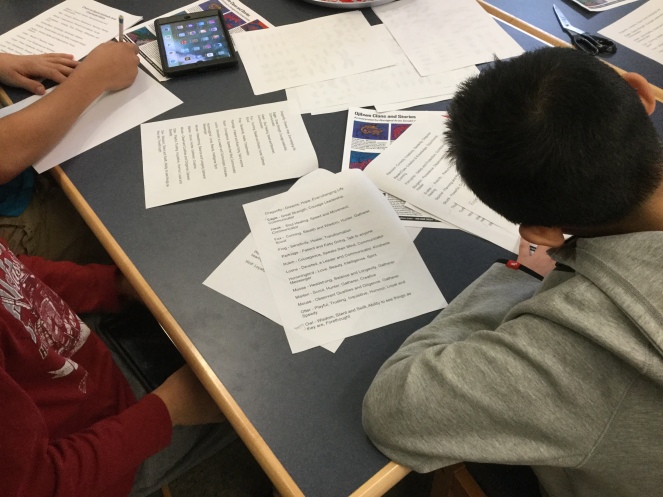 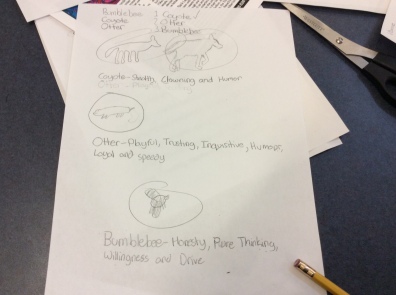 Prior to sketching their spirit animal, students completed several “scribble” activities. They were asked to draw a series of loose, organic shapes that were then modified to create something more specific. This was done independently and in small groups. 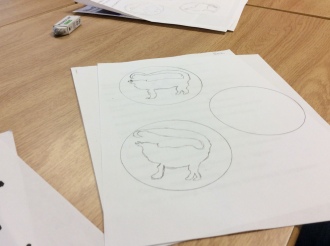 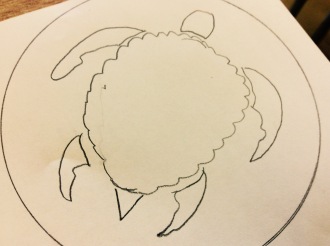 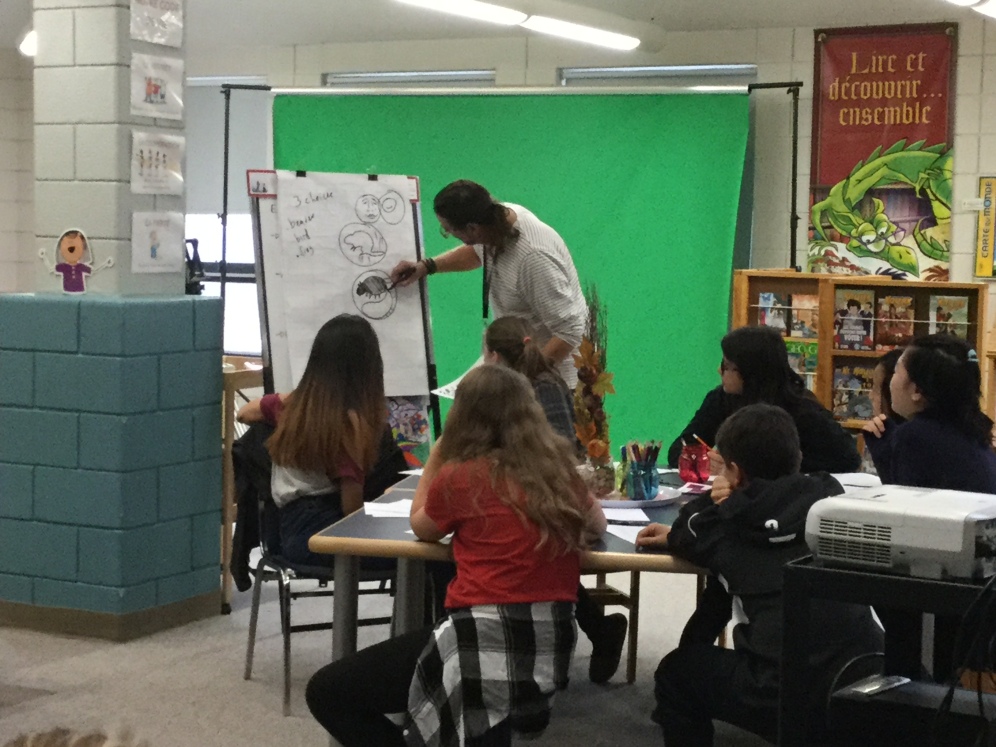 Implementing their newly acquired sketching techniques, they drafted and redrafted their spirit animal. Thereafter, Donald began to share his acrylic talents with students. Each student began to create their doodem by layering warm and cool colours, adding separation and patterns based on important events, family dynamics… highlighting their significance. Student’s were quick to notice that no two doodems were alike. Even those who had selected the same animal did not share the same shape, colour, design… 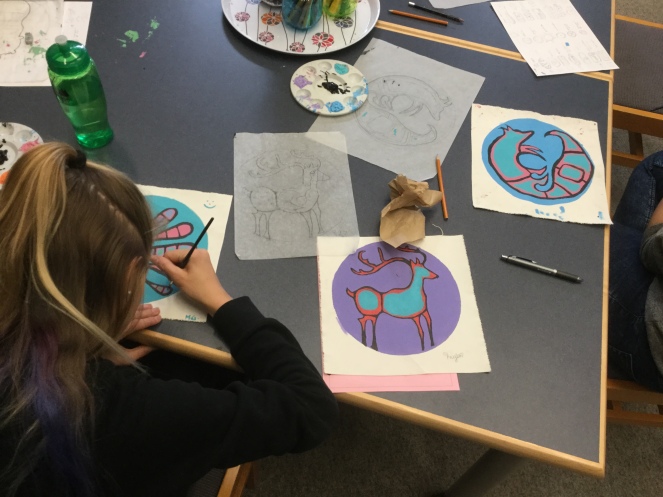 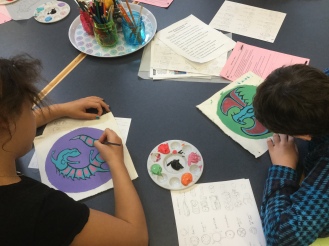 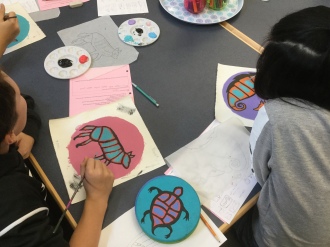 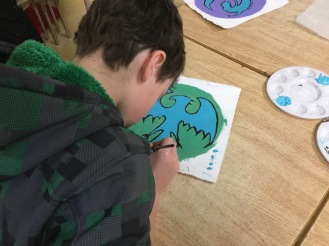 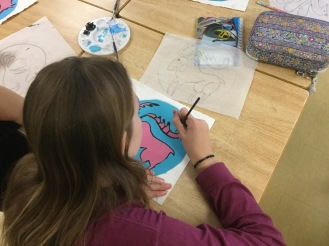 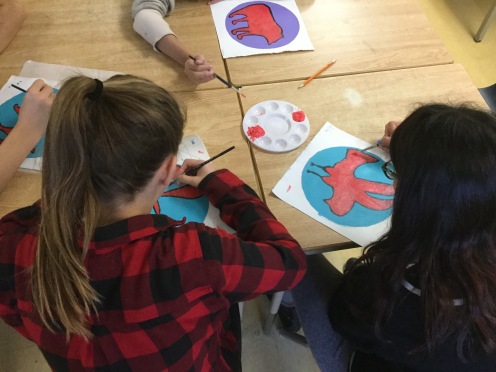 Their doodems complete, students are now working on a written reflexion wherein they are sharing their personal stories. They will be including the historical and cultural significance of their spirit animal, and how it represents them as a person. They will also be explaining the various divisions, patterns, symbols used within their design. This work will be included in the final art installation. Students and visitors alike will be able to scan each doodem using Aurasma, an augmented reality platform, and listen and/or read the stories behind each and every one.

We are looking forward to the official unveiling prior to the winter break, or early in the New Year… please, stay tuned!